Alabama Football used a fourth-quarter explosion to crush Tennessee hopes for an upset Saturday night. The Vols led 14-7 after one quarter from two Hendon Hooker touchdown passes. The Tide responded to lead by seven points at halftime. At 14:30 left in the game, the Tide lead was seven after a blown coverage 70-yard touchdown reception from Hooker to Cedric Tillman.

The Crimson Tide rolled for the rest of the game, scoring three more touchdowns for the final margin of 52-24 and its 15th consecutive win over the Vols. Bryce Young passed for two touchdowns and ran for two more. Brian Robinson Jr. had three touchdown runs for the Crimson Tide.

Will Anderson Jr. again led the Alabama Football defense with 1.5 sacks and eight total tackles. DeMarcco Hellams and Christian Harris had six tackles each for the Crimson Tide. The Tide defense took away, what all season, had been an explosive rushing attack for the Vols. Tennessee gained 64 yards on the ground on 26 rushes for an average of 2.5 yards per rush.

Even though everything wasn’t perfect, we made the plays we needed to make to win the game. I’m happy, I’m excited, I’m pleased. But there are some things we need to do better.

Commenting on the Vols’ 70-yard touchdown pass, Saban said it was not a blown coverage but that Josh Jobe was looking to the sideline for coverage call and was not prepared for the snap. That was probably the one time in the game when Josh Heupel’s vaunted tempo hurt the Crimson Tide.

A bigger impact on the game than Tennessee’s offensive tempo was the Bryant-Denny crowd. The Vols had five false start penalties in the game. Speaking about the crowd, Saban said,

I think our crowd was fantastic out there. I think they had an impact on the game, especially the student section. 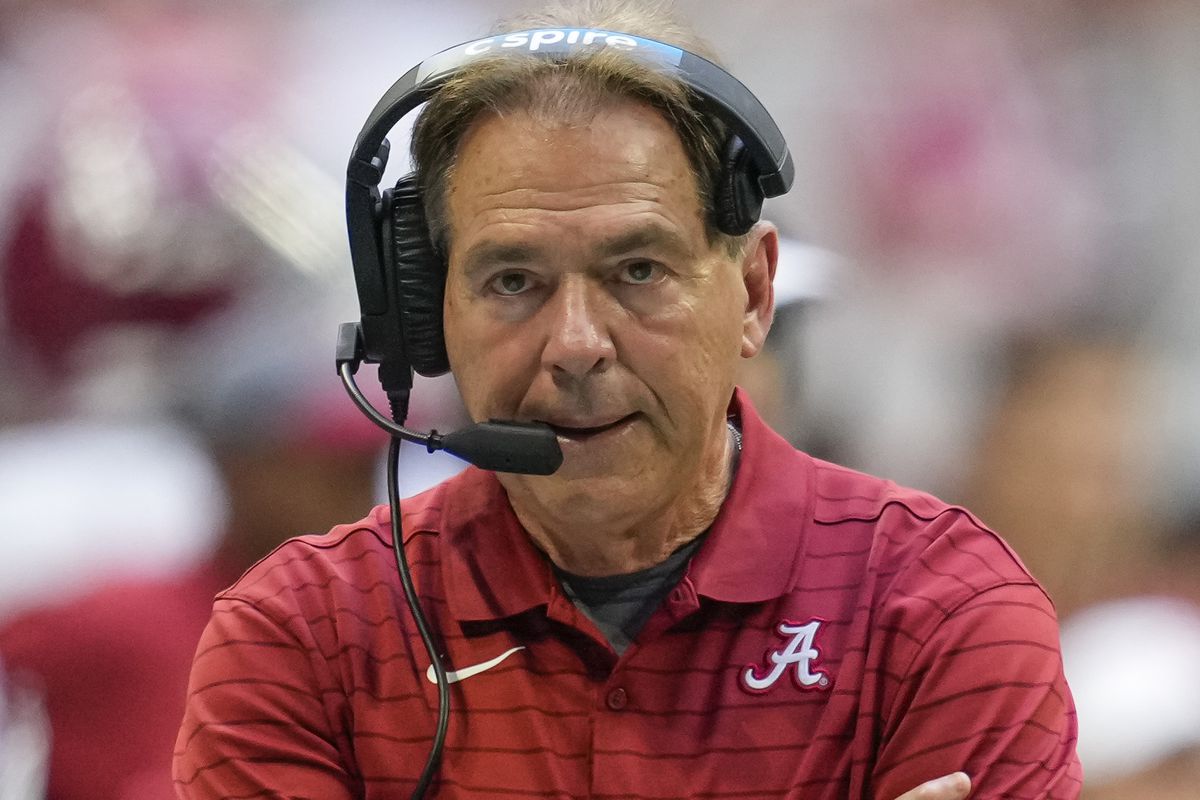 Nick Saban also said he was happy and pleased with the Crimson Tide win and added Alabama Football must continue to focus on what it needs to do to get better.

TEEOOZE store is where you can find your favorite items to add some refreshing style to your room and there will be a perfect one for you or a best gift for your loved one. Let’s go on and browse our collection.